After a tremendous 1/2-century-long career as a singer/songwriter/guitarist, Bruce Cockburn (Coe-burn) continues to be going strong with severa awards and 33 albums underneath his belt, in addition to a 526-web page memoir and 9-disc boxed set (each titled “Rumours of Glory,” 2014). He’s coming again to Maine to perform at the Waterville Opera House on Saturday, May 11. To that end, I requested a smartphone interview to reconnect with this talented gentleman another time. He kindly agreed and referred to me from a recording studio in Nashville, Tennessee, on the 16th of April. I began with the aid of asking him how matters were going?
Cockburn: Oh, matters are going definitely honestly nicely right now. We’re just placing the finishing touches on a new instrumental album. We’re mixing it now, and we’ll, in all likelihood, get accomplished by using the quiet of today. And, I’m pretty enthusiastic about that, certainly. Otherwise, lifestyles go on, and I don’t recognize if I had my 2d daughter yet when last we spoke.

Q: I had even had my first and simplest daughter at that point! 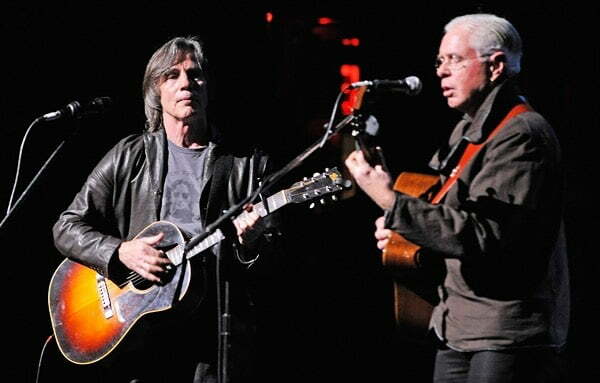 Cockburn: (Laughter) So, some of us had been a forming of saving it up, proper? Anyway, my more youthful daughter’s 7 and in second grade and may write and communicate fluently in English and French.

Cockburn: Yeah, it’s pretty mind-blowing, genuinely, and my life is lots of having her to and from school. In between those missions (giggle), I get to do what I do, which — on the age I am now — half of the time goes to docs, and the other half is the trying to get work accomplished.

Q: Speaking of labor, and the reality which you’re on the brink of complete a brand new instrumental album, permit me to ask this: have you done many such albums over your profession?

Cockburn: Just one previous one and that one are referred to as “Speechless.” It came out in the quiet of the ’90s or the beginning of the 2000s; I forget what 12 months. It was a compilation of formerly released instrumental tracks from over time, with several new pieces. The purpose with this album was to do kind of Volume 2 of that — we wouldn’t have called it that, always.

Q: Was it going to be installed the same as its predecessor, layout-clever?

Cockburn: Well, we ended up with so much new stuff that it’s just an album of the latest portions, so it’s not “Speechless 2” in any respect. It can be known as “Crowing Ignites,” which interprets the Latin of the Cockburn family motto.

Q: Now, just out of interest, are instrumentals easier to write than lyrical songs?

Cockburn: It’s a whole exclusive issue. In some approaches, sure. There’s one less step concerned because the songs that I write, maximum of them have a quite important instrumental component to them. It’s now not like just writing words and a melody for me; there’s usually some relationship between the sung part of the tune and the guitar. So, in that sense, it’s less difficult because there’s the simplest part of it that you have to fear approximately, however at the equal time, it includes the same kind of ready around for an excellent concept. In the case of instrumental portions, the good ideas will come out of working towards. I suggest they don’t pop out of the air so much as they do from having your hands on a guitar. You stumble on something that sounds like it may move somewhere, and then you wrestle that into a bit. For the most part, these pieces are structured like a jazz piece with a head and an improvised section, and then you definitely got the pinnacle again. Most of them are like that, but now not all. Some are greater people-y, and some are — I don’t realize what to call them — they’re genuinely not jazz. It’s no longer a jazz report. However, there’s an honest amount of improvisation on the document.

Q: What are you playing on this album?

Cockburn: It’s frequently acoustic guitar, and, in terms of the sorts of structural alternatives you make, it’s certainly something you think of. For me, I’m no longer limited with the aid of any particular genre. I’m only restrained using my own approach. I guess (snort), it’s really a constraint, but basically, I can do anything I consider.

Q: Now, whilst you come to the Waterville Opera House, oh, I’d better ask this primary: Have you ever finished there earlier than?

Cockburn: I don’t assume so.

Q: Well, then you’re in for a treat, that’s for certain. Now, when I saw you in the beyond, you had backing musicians. Will that is the case this time ‘round, or will you be solo?

Cockburn: This might be solo, yeah. And, I imply I’m not going to be stacking the display with portions from the brand new instrumental album. There might be time for that once the album’s really out.

Q: Will you do any of that new fabric?

Cockburn: I don’t realize what I’m going to do. But, there’s a chance I emerge as pulling out a pair of these portions, but it’ll be a move phase of more recent and older, traditional of my suggestions.

Q: Now, whilst you go right into a solo display like this one in Waterville, do you make up a fixed listing or wing it?

Cockburn: I actually have a set listing — I don’t believe my memory.

Q: With 33 albums out, how on Earth do you create a playlisting out of all that material?

Cockburn: Well, it’s a balance. It’s like, here’s a group of songs that I need to do after which there’s a gaggle that humans within the audience are attached to, and in case you don’t play them, they may feel like they didn’t get their money’s well worth. So, the ones passed in a show. So, I try to do a mixture of old and new, so that a number of it’s far nevertheless fresh for humans. The closing album, which’s now multiple years antique, become “Bone On Bone,” and there can be stuff from that, for certain.