While the Chiefs, Royals, and Sporting KC remain Kansas City’s three major professional teams, the city’s sports presence continues to rise in prominence. Shortly after hosting the Big 12 Tournament, Kansas City held the 2019 Midwest Regional, from which Auburn advanced into the Final Four. And the following month, it announced it would host the 2023 NFL Draft, which mayor Sly James called “one of the biggest events in the history of our city.” The next sporting event — and one that Kansas City courted — is Ice Cube’s 3-on-3 league. The BIG3 will play three games in the Sprint Center on July 20. 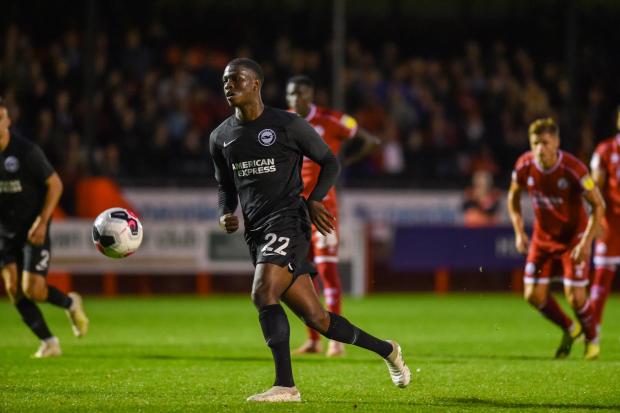 I love Kansas City because of the passion of the fans,” said Ice Cube, the co-founder of the BIG3. “The fans are passionate about sports, especially football. During his hip-hop days, Ice Cube was often seen sporting gear of the Chiefs’ main rival. The self-proclaimed president of Raiders Nation actually formed a bond with the current BIG3 chairman of the board Amy Trask, the Raiders’ CEO from 1997 to 2013, through his support of the team. As part of the Raiders’ front office, Trask visited Arrowhead Stadium every year during her nearly three decades in the NFL. She deemed it the loudest venue in the league.

It’s simply spectacular,” Trask said. “The fans in Kansas City provide the Chiefs with a magnificent home-field environment. That Arrowhead Stadium crowd helped the Chiefs earn the Guinness World Records’ title of the loudest stadium during a 41-14 trouncing of the New England Patriots on Monday Night Football in 2014. During the second quarter, the noise level at Arrowhead, the sixth-largest stadium in the NFL, reached 142.2 decibels, which beat the 137.6 recorded at the Seattle Seahawks CenturyLink Field in 2013. When the Raiders arrived at Arrowhead, a sea of red would emerge. Many would flip the bird at the team bus.

From the moment we drove into that parking lot,” Trask said, “until the moment we left, those fans were cacophonous. With Pat Mahomes leading the football team, fanaticism from the Chiefs faithful is as high as ever, but Kansas City continues to support its other teams. Sporting KC, which started play in its own soccer-specific stadium in 2011, averaged almost 20,000 in attendance for games in 2017 and 2018. After the Royals won the World Series in 2015, the celebratory parade drew an estimated crowd of 800,000 — nearly double the population of Kansas City, Mo. And despite their poor 35-62 record, the Royals are on pace for 1.8 million in attendance this season.

The year the Royals previously won the World Series also marked the end of pro basketball. Kansas City’s last NBA regular-season game was on April 14, 1985. Ice Cube said he’s excited about bringing a professional basketball league back to Kansas City — even if only for a day. It’s always been a sad situation where Kansas City lost its team,” Ice Cube said. “Let’s get the conversation going about pro basketball back in Kansas City. Before relocating to Sacramento as part of an $11 million deal, the NBA’s Kings played in Kansas City from 1972 to 1985. Reggie Theus, a coach of the BIG3’s Bivouac squad, played two seasons for the Kansas City Kings, a period Clyde Drexler fondly remembers.

Article Summary show
It was always a great place to go,” said Drexler, the BIG3 commissioner.
It’s big,” Ice Cube said. “We hate that we don’t have more Jayhawks.

It was always a great place to go,” said Drexler, the BIG3 commissioner.

The former NBA star, who played games in Kansas City during his first two seasons with the Portland Trail Blazers, also reminisced about Gates barbecue. Kansas City is home to tasty ribs and burnt ends, and its Sprint Center is about a 45-minute drive from the University of Kansas, which will have three former stars participating in Saturday’s three-game slate. Drew Gooden’s 3’s Company will play Bivouac, Julian Wright’s Power will play the Triplets, and 2008 NCAA Tournament hero Mario Chalmers’ 3 Headed Monsters will play Tri-State.

It’s big,” Ice Cube said. “We hate that we don’t have more Jayhawks.

Chiefs fans are notorious “Raiders Haters,” and merchandise with that mantra was popular during the 1990s. Asked if he will wear his usual Raiders gear when he’s in the enemy territory of the Chiefs, Ice Cube joked that — if he does — he will make sure it’s not conspicuous. I might have to bring the socks along,” he said before laughing and adding. “We’re going to call a truce this weekend.